Are you ready to hear about more of our adventures in NYC? You can read more about day one and day two on previous posts.

My family got to spend 5 days in NYC while my husband attended a conference   My friend Janet and her three kids joined us from Baltimore while we explored the city. Our husbands both met up with us later in the day after the conference ended for Ward and Janet's husband took the train into the city after work.

Where is the best place to start a day in New York City? A bakery, of course! We met up with our friends at the bakery where the kids all choose muffins, milk or banana pudding. 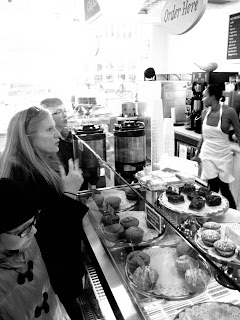 The first time we visited Magnolia Bakery a couple of years ago with my sister, she insisted that we order the banana pudding. It seemed like a strange thing to order at a bakery, but we trusted her and I'm very happy we did! It is so creamy and delicious. I even came across this recipe and think we may need to duplicate it at home. 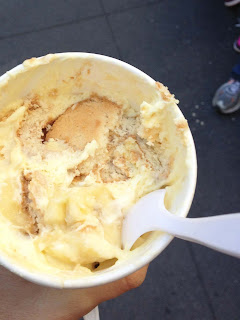 We found a seat along the edge of a fountain and enjoyed breakfast in the very chilly morning air. 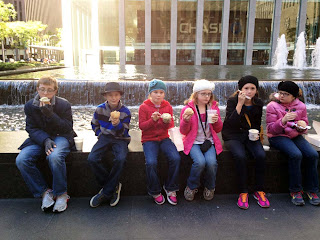 We walked a 1/2 block from the Magnolia Bakery to NBC Studios. We had purchased our tickets ahead of time and we were set for a tour at 10:30 in the morning. 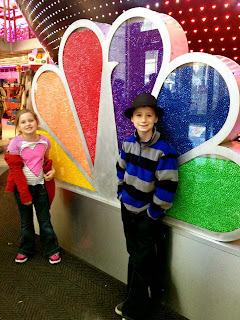 Before the tour, we took some time to browse around the gift shop. They had great items relating to almost all of their shows. This was one of my favorites from Friday Night Lights: 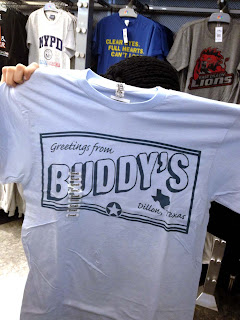 Unfortunately, they didn't allow any photos on the tour and they even made us turn our phones off. It was very difficult to resist snapping a photo, but we followed the rules and now don't have any pictures of the studios. I did snap one photo before we started. 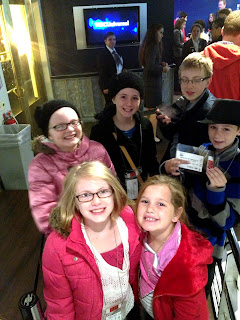 Another highlight was at the end of our tour where our two boys volunteered to do a mock newscast. One sat at the news desk and read the teleprompter and then the other got to stand in front of a green screen weather map and give the forecast.  It was killing me not to snap a photo! They did offer to sell us the 2 minute newscast for the price of $30. No thanks.

NBC Studios is located at Rockefeller Center so after the tour we walked around and watched the ice skaters outside. 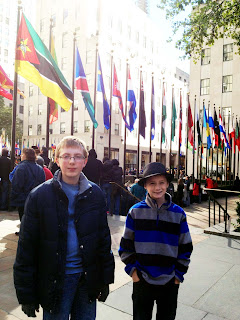 We also needed a stop in at the Lego store. 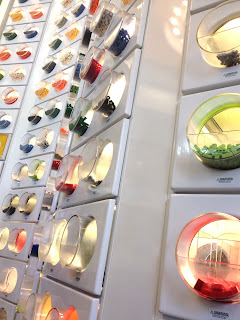 And then the American Girl Store. Our girls really enjoyed watching the dolls have their hair styles at the salon. 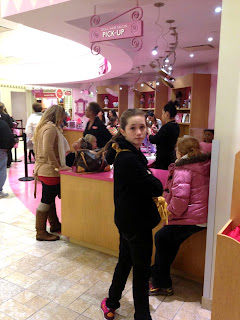 By now we were all hungry and ready for lunch. We used Yelp to help us find a Cuban place a short walk away. 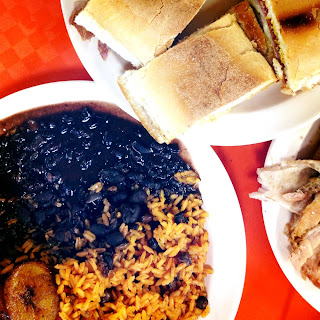 This was a narrow restaurant that was definitely where locals go. The people ordering were helpful in recommending things. The beans and rice were so good!

After lunch, we decided to walk over the Chelsea to High Line Park. Along the way, we decided to stop in at Billy's Bakery for a treat. Yes, another treat. My secret is to not order my own treat and share with the kids or order something, but not eat the whole thing. That way there is room in case another treat presents itself sometime. 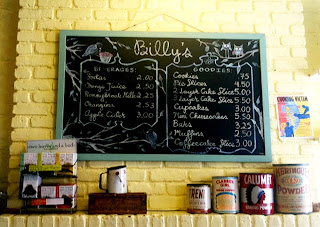 Billy's Bakery has a great 1940's home kitchen feel.  They have pies, cakes, cookies, cupcakes and other sweets too. This time I opted to try this peanut butter chocolate treat. (I ate a little and then save the rest to give to Ward when he met up with us.) 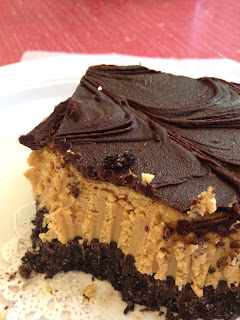 I hear their banana cake is amazing, so next time that will be on my list!

This is a beautiful somewhat new park in Chelsea that is built on old elevate train tracks. There are staircases built to enter the park every couple of blocks. There is a cement sidewalk lined with beautiful plants and park benches. 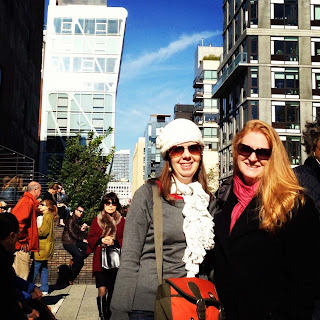 It was really busy the day we were there, but it was still easy enough to walk around. The kids were a bit disappointed because they wanted a park with a playground, but sometimes we need to do something the moms want to do! 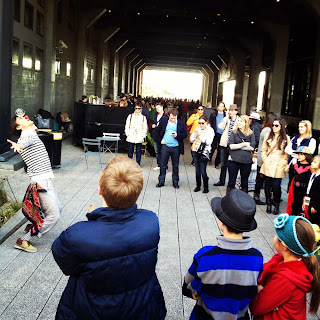 The highlight for the kids was this mime/magician preforming at the park. We ended up spending about an hour walking through the park and enjoying the beautiful afternoon.

After the High Line, we walked down stairs to ground level and took a really short walk over to Chelsea Market. Fun fact: this is where the Oreo was invented here as this used to be Nabisco's home. 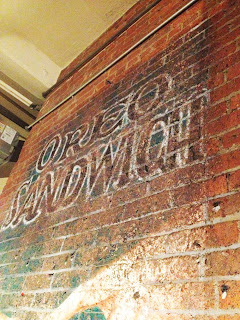 This now houses a collection of shops and delicious looking restaurants (we were actually too full to try any of them) plus is the the Food Network's headquarters. 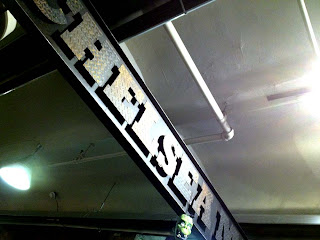 Just outside of the market, Food Network had a trailer set up with Marc Murphy from the show Chopped handing out ice cream sandwiches. All of the kids love the show Chopped, so they were very excited to meet him. I love rendom things like this that you happen upon while walking around. 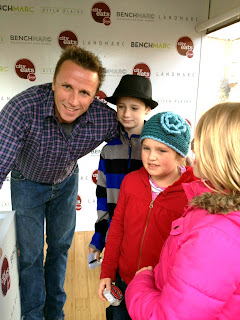 After this, we walked to a nearby park and let the kids run around for an hour before heading to Penn Station to meet up with Janet's husband.  We all made our way back to our hotel where we had pizza and a movie for the kids and the adults went out to a little Italian Restaurant around the corner from our hotel. 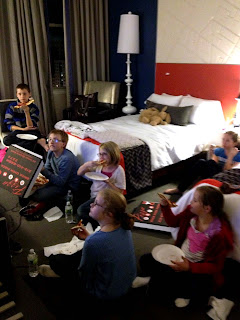 We found our dinner place via Yelp and it was perfectly cozy, quiet and delicious. It was a perfect ending to another fantastic day in New York City.
Posted by Unknown at 12:13 PM