I had to run to Walmart a couple of weeks ago to pick something up. On my way in, I saw a Valentine display with some heart dollies. The dollies made their way into my cart and I knew that they would be used on some sort of Valentine project.

A few days later, I decided to use the heart dollies as the base for a Valentine banner. I love banners and can't seem to get enough of them!

My second inspiration for the banner was my new Silhouette. It came with a roll of fuzzy black vinyl and I was excited to incorporate it into a project. After deciding on the "XOXO" theme for the banner, I cut the black letters out of the fuzzy vinyl. It really has a cool look at feel in person. 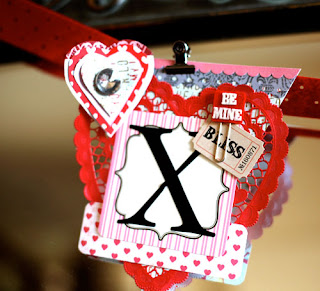 This was a great project to use up lots of bits and pieces of Valentine themed things I have around. A lot of the pieces came from this kit and this kit. 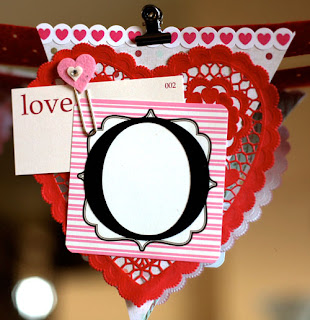 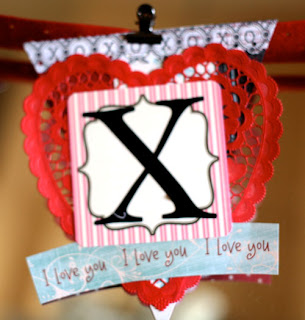 I felt like this was a very busy banner and did not want to clutter it by tying ribbons between each banner piece. I decided to find something that I could just clip the banner pieces to. In my ribbon drawer was a yard of red felt with dots punched in it and it was the perfect base for hanging the banner pieces. 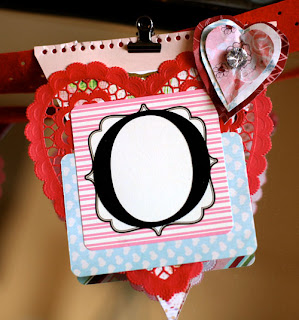 Thanks to 4 Tim Holtz clips, each banner piece was quickly attached to the felt ribbon. 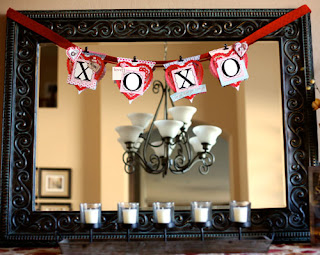 Now I'm in the mood to make more Valentine decorations. Any good ideas?
Posted by Unknown at 9:56 PM