Last night I hosted a baby shower for a friend who is about to have her fifth child. It's been seven years since her last baby, so she was in need of everything a baby needs. She received so many cute outfits! I think she is going to have to change her baby's clothes at least three times a day to be sure she gets to wear all of the clothes. (I wish I had that problem!)

Here's a look at some of the yummy treats we enjoyed during the shower. 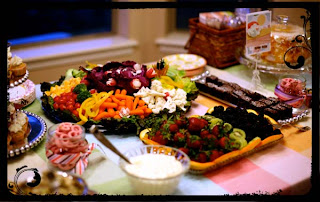 Thankfully, I had several friends help with the food. I would have been a total crazy person if I had to make all of this!

Notice those cute PINK cherry yogurt covered pretzels in the photo? I saw them at Sprouts yesterday and couldn't resist picking some up for the party. I'm glad the baby is going to be a girl, so I could add the pink pretzels!

And check out the veggie tray. My friend broke a bunch of red cabbage into a bowl shape to hold the ranch dressing. How clever is that? I totally want to use that idea sometime. 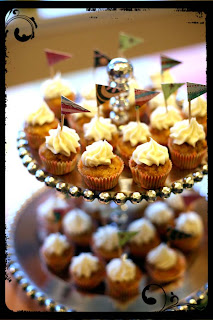 I made these mini carrot cake cupcakes with my sister. I must admit that the thick cream cheese frosting is my favorite part. I could eat it by the spoonful! 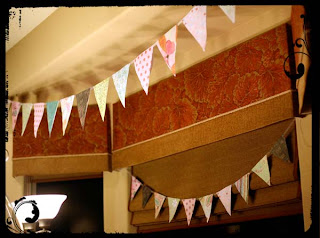 I really didn't want to go crazy on decorating because I did't want to store things after the party and most premade baby decorations aren't the cutest style. So I decided to create this quick banner. I just cut a bunch of triangles and then stapled them to a piece of ribbon. The top banner had large triangles and the lower banner is smaller triangle. Super quick and I think it added a fun, festive feel to the room.

It's always fun to have a party!
Posted by Unknown at 2:48 PM