As I was editing the pictures for this post, I was saddened to think of all of the damage and destruction that Hurricane Sandy brought to the east coast this week. Our family's thoughts and prayers have been with all those who were changed and challenged because of the storm.  We love NYC and hope they are able to quickly get things back up and running.

We started off day two of our NYC adventure by walking to meet up with friends who traveled from Baltimore to be with us for the weekend. Janet and I have have been friends for around 14 years and it's always great when we can get together! Janet also has 3 kids and they were all born the same three years as my kids. Perfect!

My husband was in a conference all day and Janet's husband was working and he came up to meet us the next day.

Here's a look at what we did on our first day together.

Max really wanted to go to Chinatown because one of his favorite book series  Percy Jackson, has some scenes that took place there. Plus he was hoping to find a cheep souvenir. The girls all found some cute head wrap for the bargain price of only $5. Perfect for being warm and stylish! 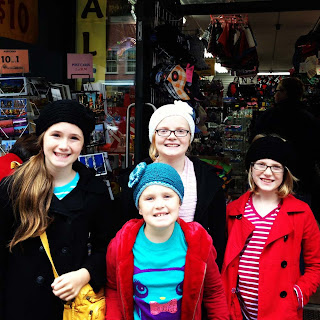 We walked around for about 30 minutes and that was really all of the time we needed. Max did find an inexpensive Statue of Liberty statue, so we were all set on souvenirs. 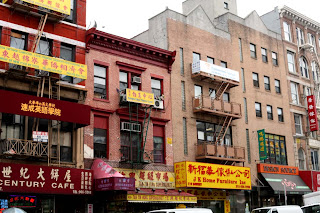 Not only does our family love good food, but we also watch food t.v. shows. My kids love the TLC show DC Cupcakes and Audrey knew that they had a location in NYC. We mapped it and found that it was really close to Chinatown, so we walked over for a breakfast of cupcakes. 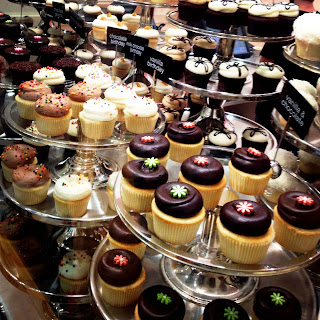 I tried to snap a photo of our cupcakes before they were eaten, but as you can see, we had some anxious cupcake eaters! 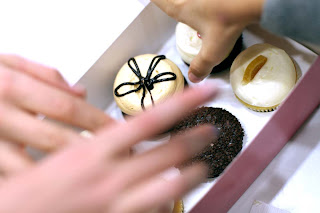 They really were delicious. Cupcakes are not usually my first dessert choice, but the thick and creamy frosting really made these some of the best cupcakes I've had.

After fueling ourselves with cupcakes, we set off to walk over to Brooklyn via the Brooklyn Bridge to Grimaldi's Pizza for lunch.

As you can see from the map, we had some distance to cover. 2.3 miles to be exact. The kids were not convinced that walking way the best idea, but they all survived. 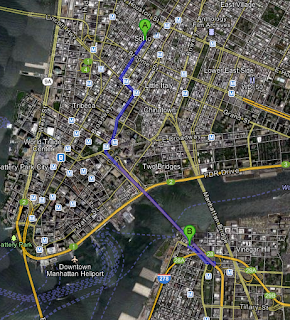 The bridge was under some construction, but it was still cool and we had some great views of the city. 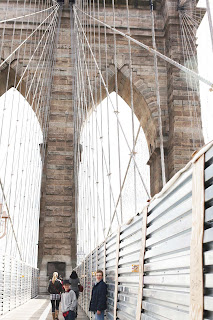 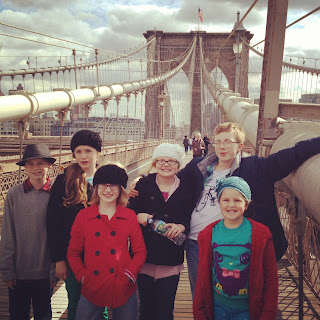 After walking across the bridge, we walked over to Grimaldi's Pizza. (You can see my layout about our Grimaldi's experience here.) We waited in a line outside of the restaurant for about 30 minutes and were then seated at a cozy upstairs table. 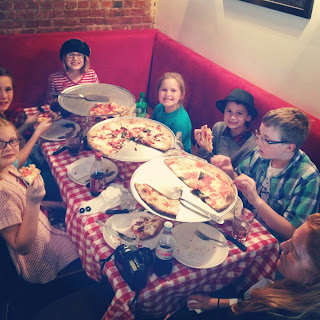 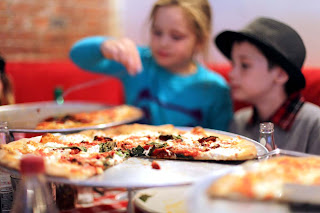 This pizza was really delicious! I loved the ricatta and sun dried tomato pizza.

Did I mention that we did A  LOT of walking on this trip? I wasn't exaggerating. After lunch, we decided to walk another 2.3 miles to get to a bakery named Baked in Brooklyn.

I own a couple of the cookbooks written by the chefs at this restaurant (this book and this one) and have loved the treats baked at home with their recipes. We decided to it was time for another treat after all of our walking. 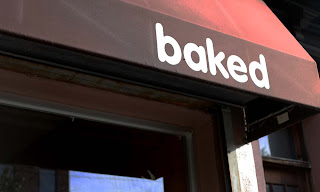 Since we'd all had cupcakes that morning, we tried different baked treats here. The Peanut Butter Crispy (dark chocolate ganache topping and peanut butter milk chocolate center on a bed of caramelized crisped rice cereal) was a popular choice for our group. 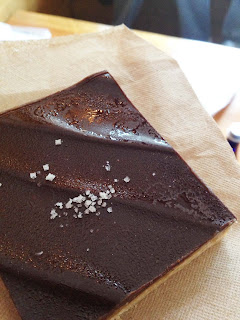 Worth the walk? I say yes!

We decided to take a bus and then the subway to get back to Manhattan and go to Central Park.

When we went to get on the bus (it was going to drive us over 3 miles to the nearest subway station) we discovered that you had to pay in coins or use a metro pass. We didn't have $18 in coins or Metro passes. The bus driver just let all 8 of us get on the bus for free. The bus driver's generosity may have been fueled by the panicked looks on the kids faces when they momentarily thought they were going to be walking three more miles to the subway.  We were thankful for his kindness! 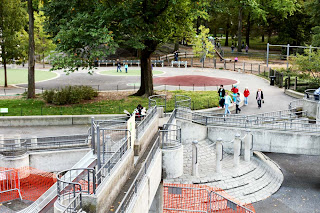 This playground in Central Park was probably the kids' favorite place on the trip. The kids made up a game that they played on the playground. They even made friends with two boys from England who played with them. When we were leaving the boys and their parents wanted to know if we were coming back the next day so they could play again.

Once it got dark, we left the park and walked to Times Square. We checked out the M&M's store and Toys R Us. Hannah was extremely happy to visit the huge Barbie display in Toys R Us and just as happy to discover that all of the Barbies were on sale for half off. 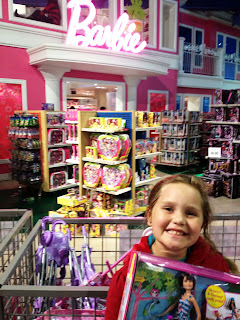 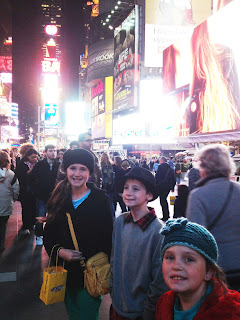 After shopping in Times Square we were all pretty worn out, but needed some dinner before heading back to the hotel. Janet had been to Schnipper's on a previous trip and suggested it for dinner. It was perfect!  Burgers for the kids and salads for the moms.

After dinner we walked a little over a mile to get back to the hotel and then fell into our beds for a fantastic night's sleep. We walked over 12 miles that day, so our rest (and treats) were well deserved.

Want to see our other NYC adventures?