There was a short moment when I considered taking this year off from adding to our Project Life album. But when I thought about the little stories and pictures that wouldn't be documented, I decided to keep it going another year. 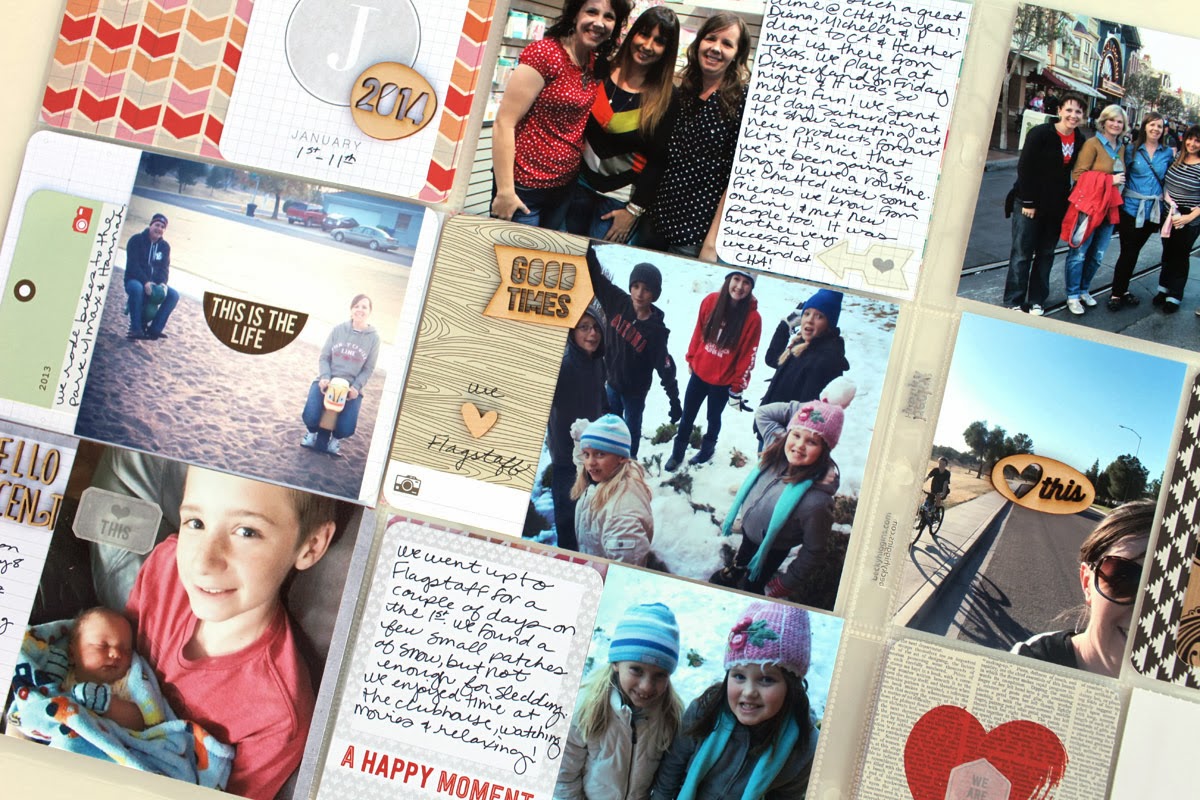 I've decided to simplify the process this year by not doing a spread every week. Sometimes the weekly spread just felt like too much work and not enough fun. My main goal in doing this is to preserve our family memories, but it should be a fun process, right? So I'm thinking that this album will be about two spreads a month which is half of what my previous two years have been. There's still plenty of space to document all of the highlights.

Here's a look at my first spread for January that covers for the first week and a half of the month. 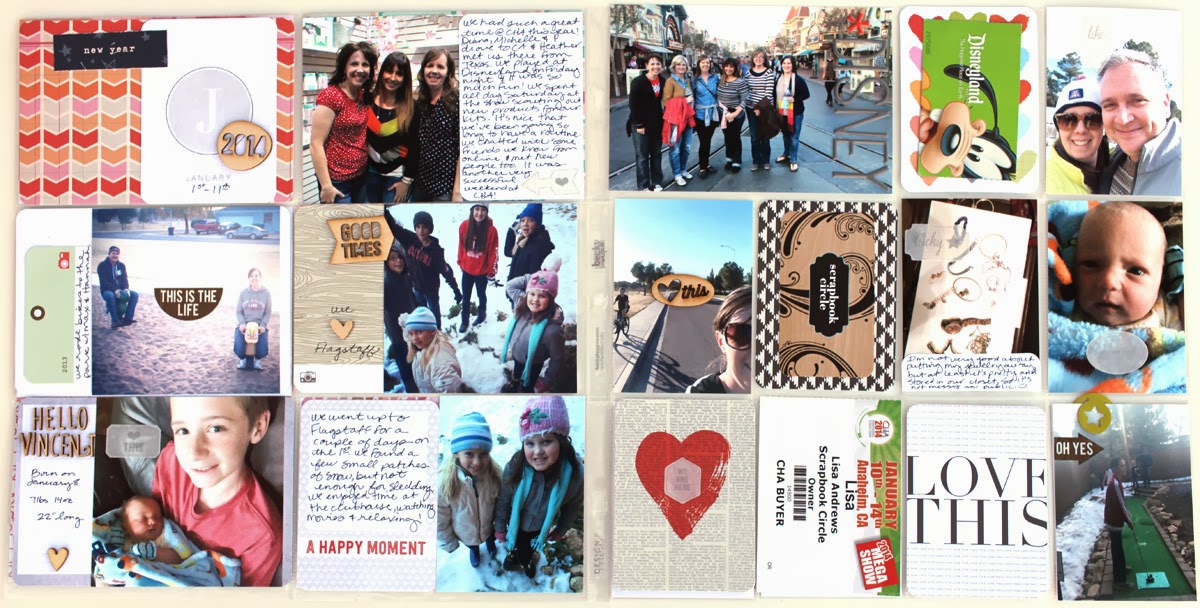 We packed a lot into the first couple weeks of the year and I'm happy to have a glimpse of what we were up to documented. 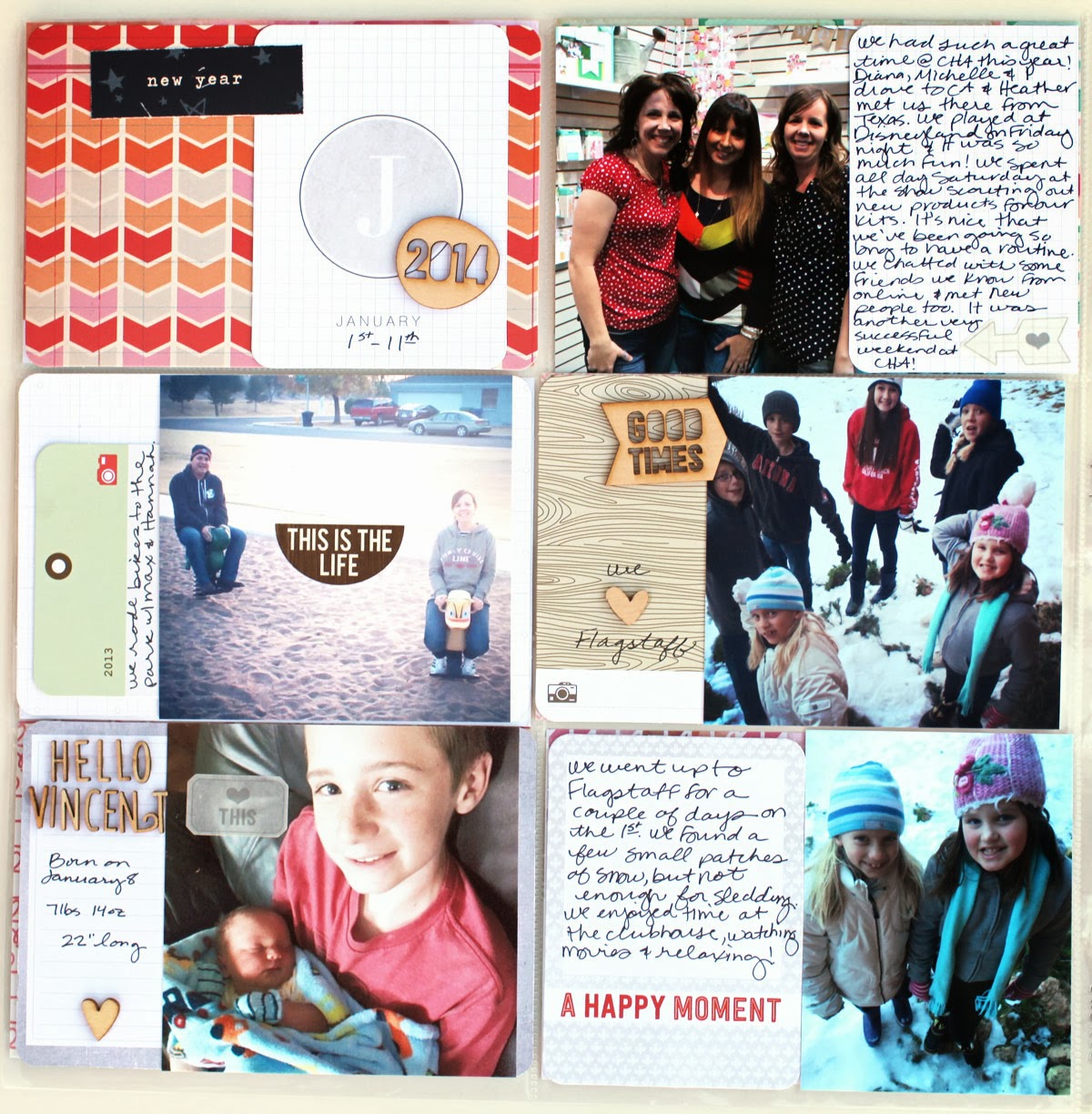 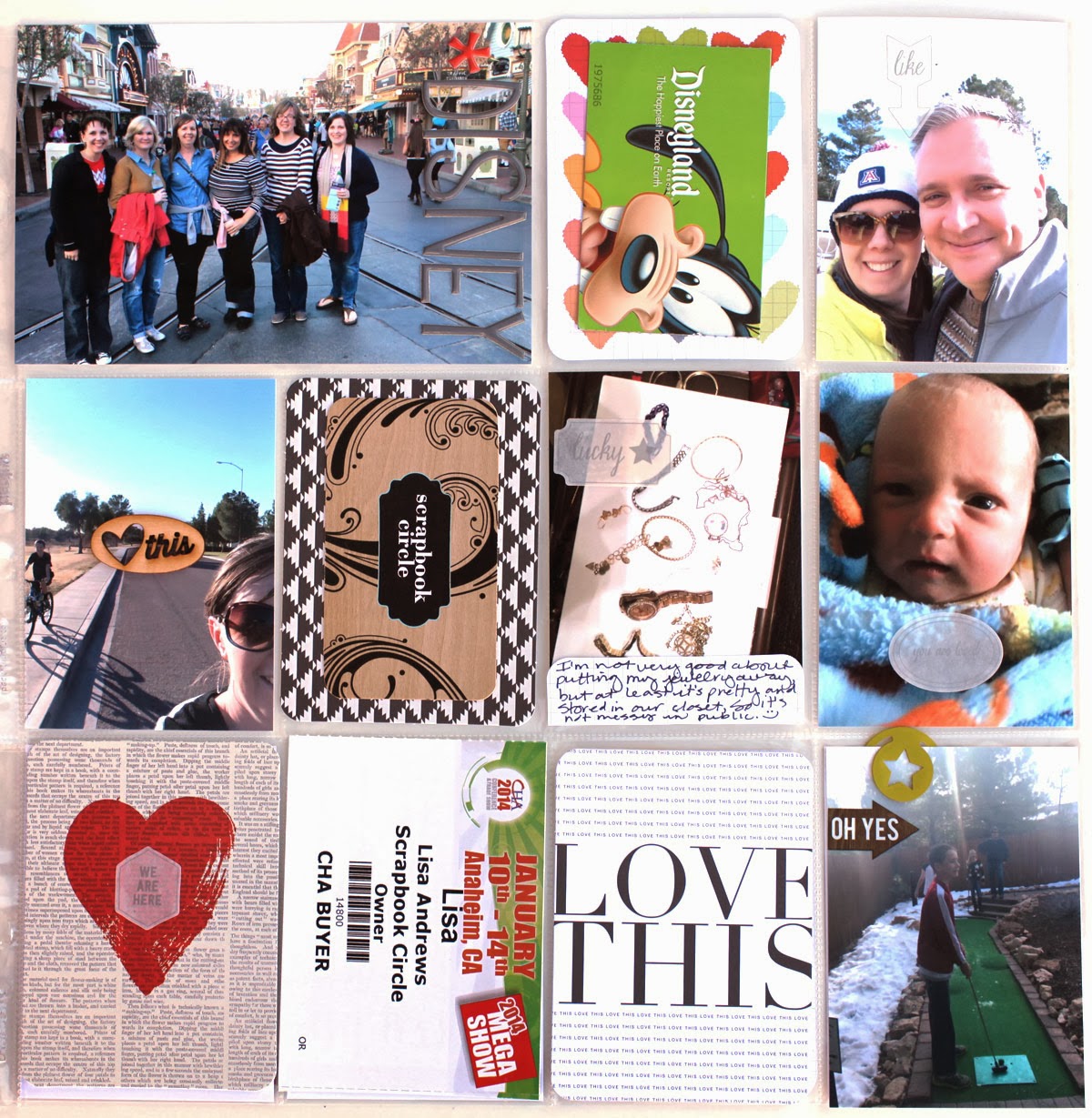 Going to roughly two spreads a month makes me excited again about this project again. A little pile has already collected for the first week of February and I'm looking forward to documenting 2014.

I feel so thankful for all of the blessings in my life and this is a nice way to document and reflect on how grateful I am.
Posted by Unknown at 9:36 AM